Alex and I had been wanting to make it to one of Mark's games and it never worked out. We finally were able to go to the Homecoming game this year - which they won so it was even more exciting! We stopped and saw Andy, Libby and the kids in Ogallala on Friday night (and watched McCook defeat Ogallala) and then left for Chadron Saturday morning. It was a nice weekend of travel and football! 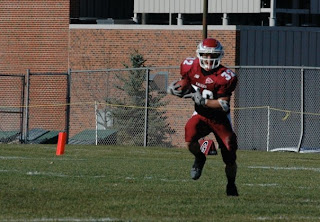 This is a picture of Mark that I stole off his facebook page. I didn't take my camera into the game so I didn't have any pictures to post of him. Not sure what game this picture is from. 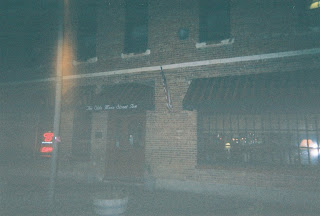 This picture isn't very good because it was taken at night - but this is the hotel where we stayed in Chadron. This is an old Bed and Breakfast called The Olde Main Street Inn. If I remember correctly, the place was built in the 1890's. We chose to stay in this hotel because it was close to the resteraunt where we ate that evening. 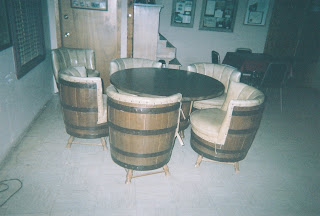 These are in the lobby/bar when you first walk in. I just thought that the "barrel seats" were neat. 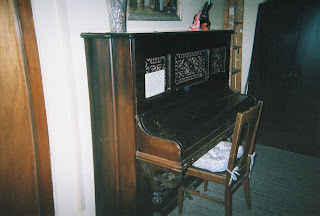 A piano in that hallway up to our room. 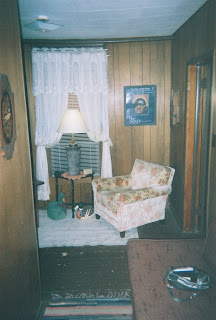 We stayed in the Mari Sandoz suite and this is the entrance into the room. To the left is the kitchen and a very small bathroom and to the right is the bedroom with a television. 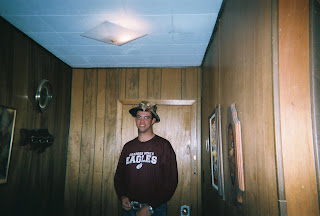 This is Alex wearing Mari's hat that was made out of some sort of feathers. 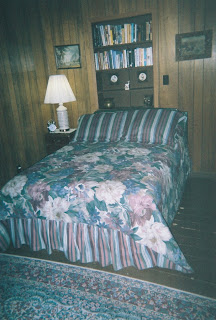 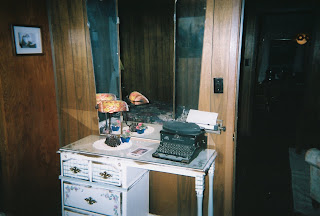 An old type writer that was in the bedroom. I thought it was neat. 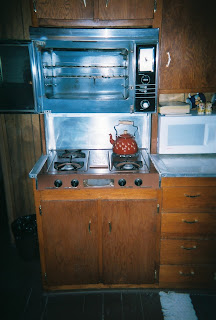 The old stove in the kitchen.