I first ever really met Lindsey at a volleyball try-out at Mid-Plains. We both graduated in 2000 and attended the same try-out. While we were there we met our other two partners in crime, Codina and Sarah (you will meet them here shortly). Lindsey and I were instant friends and we pretty much did everything together. There were lots of times that everyone at the dorms would go home for the weekend - not Lindsey and I! We would go and buy movies and stay up all night watching them. One scarey movie that we rented turned out to be even scarier because we lit candles and pretty much just scared ourselves. Every little sound we heard in the dorms we would freak out!!

Lindsey met her husband, Nick, while we attended Mid-Plains too, so this post is an introduction to him as well. Nick was from Ogallala and a year older than Lindsey and me. He played basketball with Alex at MPCC. Now, Nick and Lindsey live in Lincoln. Even though we don't talk as often or see each other as much we are still best friends! When we do get togther it's like we haven' t missed a day. It really is a lot of fun when Alex and I go to Lincoln to visit these two - we talk about all our old Mid-Pains days (MPCC 4 Life! ha) and the stories never get old! I just have to say, I have met some great friends from my Ju-Co days!! 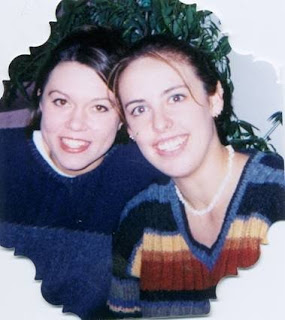 Lindsey & me just hanging out. 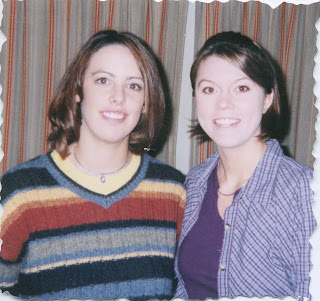 This is Christmas our second year at Mid-Plains. Our first year Codina and Lindsey were roommates and Sarah and I were roommates. The second year we were able to talk Coach (we all played volleyball) into letting the four of us live together! It was a great time, but it took a lot of convincing! This is us celebrating our "first" Christmas together. 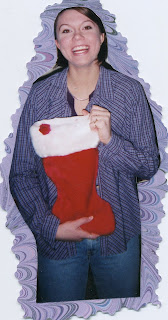 This is Lindsey with her first ever stocking!! (They rock don't they Linds!) 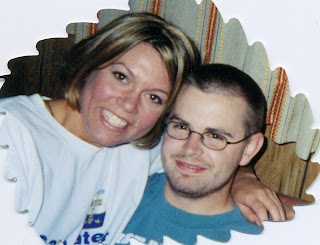 Here's a picuture hanging out at the guys' dorm - Lindsey and Nicholasta. (I don't know why I call him that - but I do.) 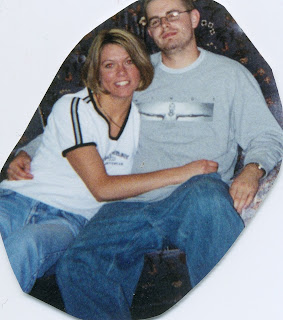 Lindsey and Nick again at the dorms. Favorite memory about the guys' dorm is when "Jean" broke their clock!!! Okay, it really wasn't Jean but we let the guys believe it was for a really long time! Lindsey and I actually broke it! It was quite the production!! 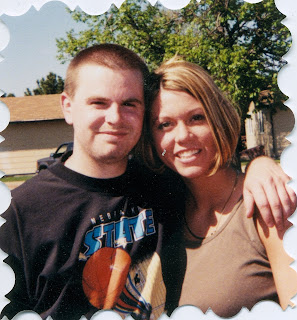 One really nice day outside. Nick and Lindsey again. 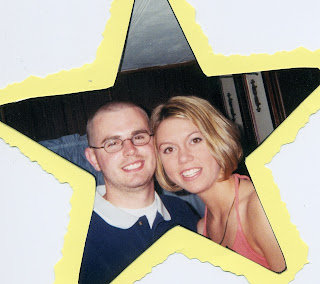 At the end of the year party at Verb's. 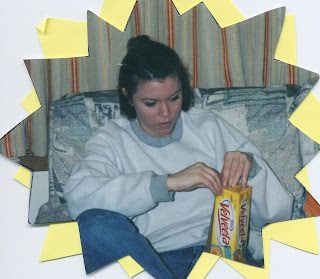 This is our second year. There really wasn't much that we ate except for chessys, grilled cheese sandwiches, nachos and popcorn. This picture just makes me laugh remembering those times! 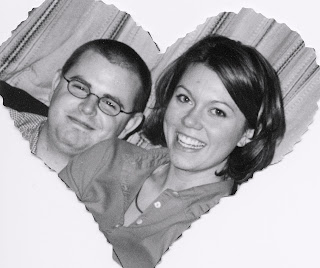 This was our second year in college. Nick made a visit to 80A!! 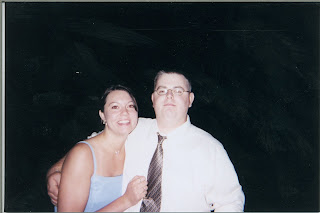 Lindsey and Nick at Codina's wedding. 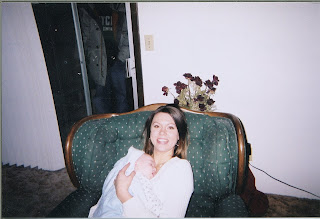 This was my third year at Ju-Co (yes, that's right, third year at Ju-Co). I had moved out of the dorms and was living in an apartment with Dusti and Shawna (whom you will also meet later). This is Lindsey with newborn Conner (Codina's son). Lindsey and Codina no longer where attending MPCC but made the trip down to see us! 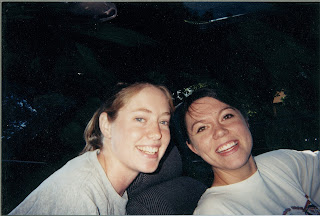 This was one summer back at home. The other girl in this photo is Theresa "Tree" Dolan. Lindsey went to high school with her and then I played basketball against Tree when she played for MCC. This is the summer I believe that we played co-ed softball in McCook! We had a lot of fun! 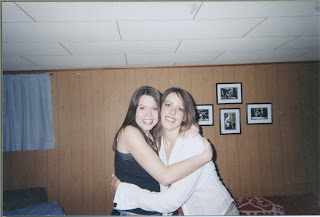 This is Lindsey and me in Kearney getting ready to go out for our friend Shawna's 21st birthday. I was living in Omaha at the time and Lindsey in Lincoln.