Oh, my roommate Sarah Roy (everytime I see her I have to say her first and last name together. Always happens, just ask her)! She graduated from Elba in the year 2000. She came to Mid-Plains to play volleyball as well and we were lucky enough to be roommates together our first year and our second year! This girl was crazy - but not like the flip-out on you crazy that most people are - the fun crazy!! She just cracked me up. Meet Roy through the pictures below - I have many memories!! 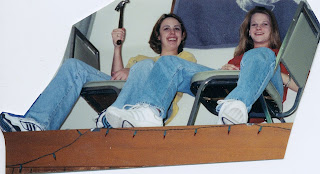 This is us in our dorm room with operation "No More Sun". I quickly learned that Sarah was not a fan of the mornings (and I can't say that I am much of one either) and would use any spare moment she had to sleep. The sun came though our windows and woke us up before either of us had class in the morning. I think it only took about two weeks before we climbed up on top of our closests and hung blankets to cover the windows. It was much better. Our naps in the afternoon were very productive as well! 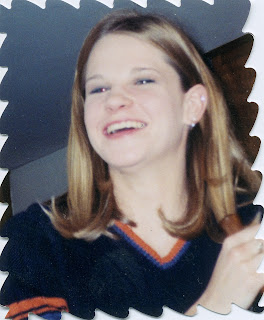 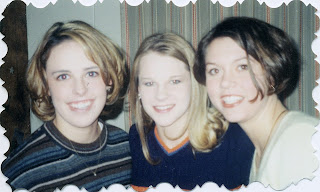 Me, Roy and Lindsey. This was one of the first nights that the three of us went out together. 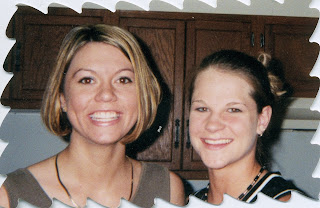 Lindsey and Sarah our first year. 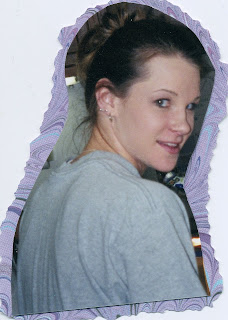 This is Roy probably getting a glass of milk. Her and Codina could each go through a gallon of milk, by themselves, a week. We aren't talking a glass of chocolate milk here, a bowl of cereal there - no. It was at least two big 'ole glasses of plain milk a day! I was not so much a fan. Sounds disgusting to me right now! 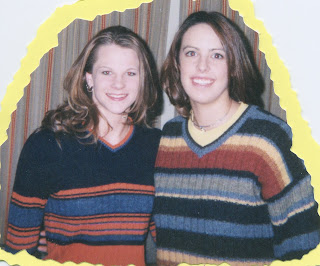 This is our second year getting ready to celebrate Christmas. 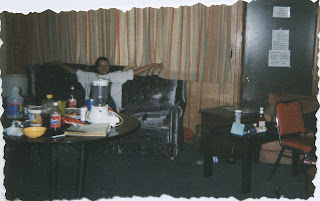 This is the guys' dorm room and Sarah chilling on the couch. All of the volleyball girls had a team meeting/dinner at Coach's house. We all piled into our cars and took off, leaving our dorm "house" door unlocked. Alex, Nick and Collins went to the dorm that Sarah and I lived in (okay not exactly sure how much Koehn was involved, but enough that he didn't stop them!). For those of you that know me, I hate spit. Just do. Those guys took kleenex and soaked them with water and threw them on our walls so they looked like giant spitballs. They took Sarah's car and parked it so close to another car that we weren't sure she would be able to move it without hitting the other car. We arrive back from our meal at Coach's to find all this and the guys to be gone. We ran over to their dorm but the doors were locked. They forgot though, to shut their window. They had told us at the beginning of the year about how they had to break into their dorm one time and it was a good thing their window was open. Anyway - we broke in. This is a picture of Roy after we had rearranged their dorm "house". It was classic! We also took Collins' mattress and shoved it in his closet and took one of the small tvs and hid it in a cupboard. I do believe that Lindsey and Codina helped us with this - told you - partners in crime! 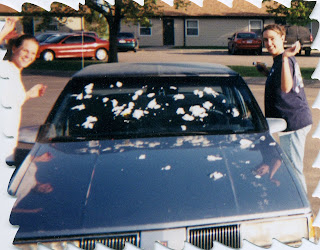 Sarah and I putting spitwads on Collins' car!!

Then we found Alex's spare keys to his car and we drove it over to the Vo-Tech campus! 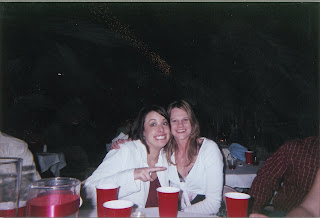 Me and Roy at a friends wedding.
Sarah married Jared Rasmussen in August of 2007. They also just had a little baby boy, Rylan Jared, that was born in August of 2008 (or close to that date, I am bad, I can't remember for sure, but I know it was 2008). They are definitely on my list of "next to see" friends!!