In April of 2002, I believe, I went to my first ever branding. We went to Dusti's dad house in Cody. This apparently is a real branding because they don't run the calves through a shoot, you wrestle them. Seriously, I had no idea what was going on but it was one heck of a trip! The trip there, the actual branding and the "get together" after was an experience I am glad I didn't miss! We left North Platte some time in the morning and I think we arrived just in time for the branding - one or something!! 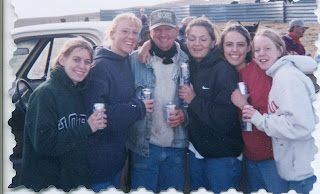 This is Rachel, Lorie, Tim-Bo, Dusti, me and Shawna. Lorie and Rachel were also my roommates my first year at college. Lorie played volleyball and basketball and Rachel played basketball. 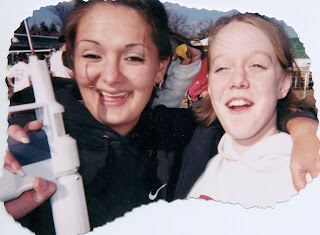 Dusti and Shawna showing off their job. Dusti gave them the implant and Shawna marked them. 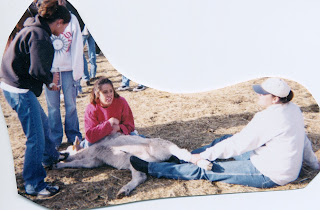 Here we are wrestling the calf. Okay, we already wrestled now we are just holding him down. That's Hoss on the end. Her real name is Jamie and she played volleyball with me at Mid-Plains. She was a year older and from Nenzel, close to Cody, so she was helping with the branding, too. 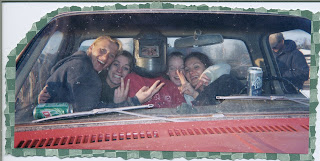 Oh my! This picture is just hilarious!!This is after the branding. Nobody wanted to walk back up to the house so we all jumped in the pickup and waited for someone to get in and give us a ride. Yes, that's me with the welding helmet on. Seriously, I can't even explain! It had been a long day!! 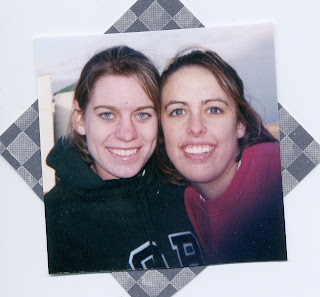 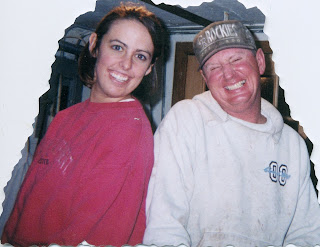 This is after the branding and after we ate. This is Tim-Bo, Dusti's dad! He is a lot of fun!!! 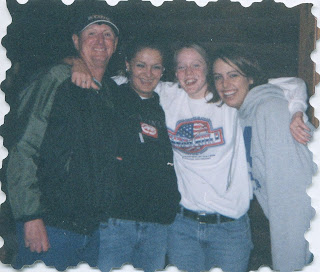 This is the next night. We stayed to hang out one more night with Tim-Bo!!